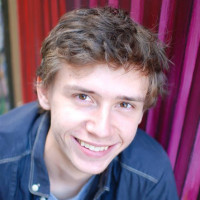 Severin Gourley is a Wellington based comedian who was born in Christchurch and has been recovering ever since.
Severin was a Best Newcomer Nominee, 2016 Wellington Comedy Awards and won Best Male Comedian at the 2019 Cartel Comedy awards.
Severin delights the audience with quirky observations about life, work and the internet. He twists jokes with cynical quips and deliciously dark punchlines.

"He refers to pop culture and engages the crowd throughout... I am laughing louder and harder than anyone else." - Catherine Hart, Art Murmurs
He can be found at https://www.facebook.com/SeverinGourleyComedicPerson