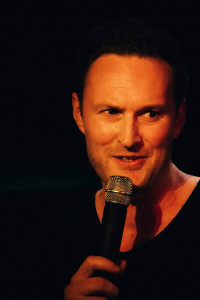 Classic comedy from one of the capital's best

Presenting an observational style peppered with a healthy dose of cynicism, Mike has become a regular performer in the Wellington comedy scene since 2017, leading to appearances in several Fringe Festivals and the NZ International Comedy Festival where he was awarded Best Debut for Wellington in 2019.

His observations on hospitality were hilarious - Theatreview