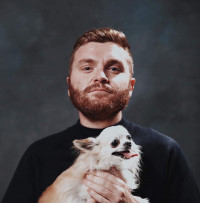 A country boy at heart with quick-fire delivery and an electric stage presence, Matt gives hilarious commentary on both his family and his experiences in the big city of Auckland, while also reflecting on a simpler time when he was a kid growing up on a farm. Matt is a comic on the rise and one you definitely need to check out.