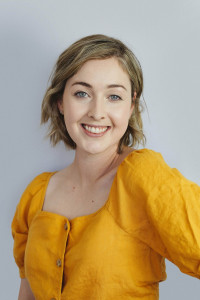 Lesa is a Wellington based writer, improviser and comedian. She has been a regular on the Wellington improv scene since 2016 and began doing stand up in July 2020, going on to nab the Runner Up spot at the Wellington Raw Comedy Quest.

She has a penchant for characters, accents and fast-paced silliness.