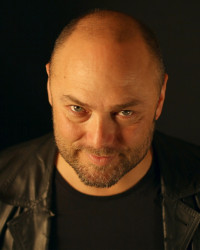 Arguably the most dangerously talented standup comedian in New Zealand

.
With an arm's length list of awards, he has entertained sold-out crowds for well over a decade within New Zealand, Australia, Asia and UK.

Brendhan's manic physical presence combined with a sureness of delivery and material that can be described as verging on the psychotic side of human nature, has delighted and frightened audiences throughout New Zealand.

Brendhan has appeared on numerous local television programmes including all 8 series of Pulp Comedy TV, the last series of which he hosted. He stars in TVNZ's mockumentary 'A Night At The Classic' Season 1 and 2; as well as several appearances on TV3's 7 Days.